Well, who would of thought I could make my own butter?  Not me.  As it turns out it is super duper EASY.

I got out two left over cream bottles - I'd opened both and used some out of each bottle but before they could waste away I thought, nah, we should make some butter with them.

So I pulled out my mixer as well. 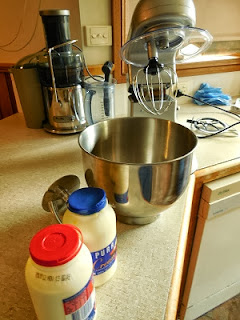 I just put the cream into the bowl. 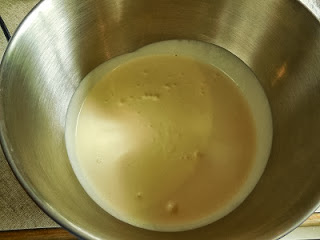 Put the fluffy cream attachment on first, then did a few minutes with that until the cream was all nice and firm and fluffy.  Then I swapped over the attachment to this one: 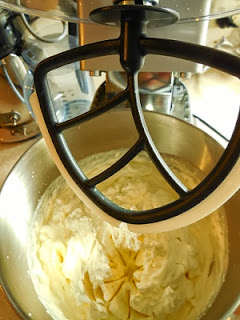 And let it run until the butter got separated from the buttermilk. 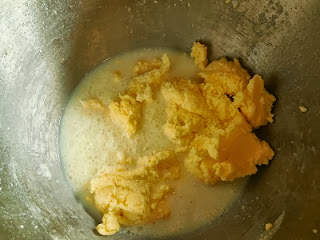 Then I pulled out the butter and gave it a rinse in some cold water and squished out the excess. 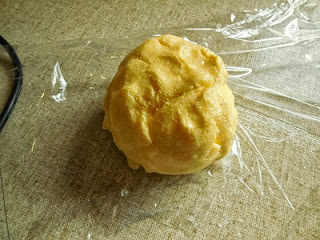 Then I wrapped it in glad wrap, shaped it, and popped it in the fridge to use in the next couple of days.  We are big butter eaters, so it won't take long to use. 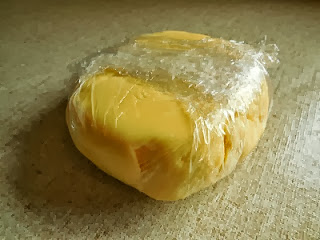 So don't throw out any cream that you can't use in a dessert - just make it into some butter instead.  :o)