So, in a moment of indecision we hurled our tiny and gorgeous Noah into the sun.  As he tore upwards through the sky he smiled and gave us a hearty wave goodbye.  However, his absence was short lived.  Very short.  No sooner had we sat down to await his triumphant return, we found that the sun had promptly spat him back out, with the promised super powers and all.

Then when the sun shone on him thereafter it would cause him to become faster, stronger, smarter, more benevolent and the only thing that would temper his acceleration was the moon at night.

As it turned out there's always a balance in nature.  A nature of opposites.  A collection of pairs.  Behind the smiles and shining face, behind his earthly greatness there was something quietly hidden in the dark recess of his soul - would he be able to conquer his greatest enemy?  As strong as he was, was he truly strong enough?

Today I have a January calender for you { 4 pages }.  Boy/girl versions - with numbers, without numbers.  Just click on the picture to go and pick it up. 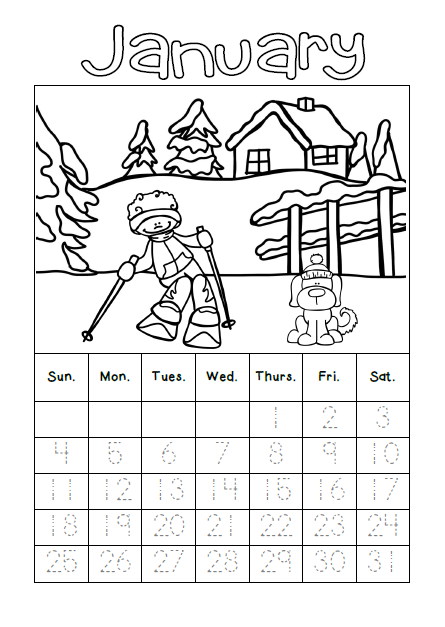 Thanks for visiting.
Posted by Deborah at 1:00 AM