Another awesome and productive week here~!!  Yep, even though we are down to only 3 subjects:  Math, Reading, and Writing.

Well, to begin, we totally detoured with Chloe's writing and ended up doing this instead: 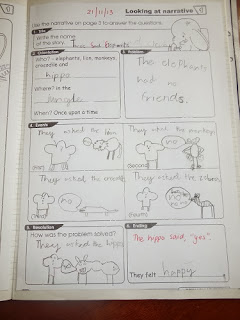 She had copywork early in the week though.

This morning Chloe was the first to finish her mental maths { 2x and 3x tables practice - so she gets hers put here on the blog. } 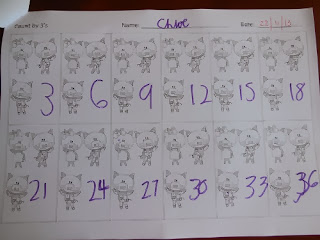 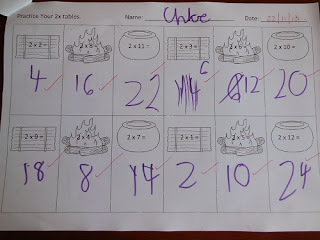 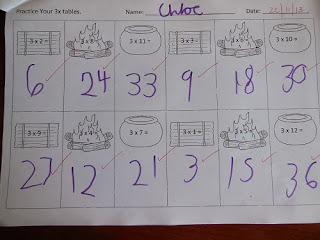 Hannah plowed on through with her Singapore Maths 2A Part 2 this week and finished the book { it took 8 sittings }.  This has been a great hands on start with her 2x and 3x tables.  I've really been enjoying seeing her do several lessons in a sitting. She never ceases to amaze me with how quickly she picks it all up.  I can tell her something and then she just pops it in her mind and pulls it out later on.  An example to that is previously I had told her that a division sign means "share," so when I started a lesson with her and I mentioned that we had to use the division / share sign she immediately told me what it was.  She described it as a takeaway sign with 2 dots.  As a side note, I initially teach the multiplication sign as "groups".

Here's some of her division work: 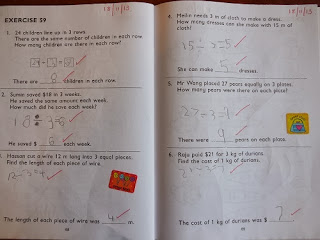 How does she do it?

Sometimes she'll use manipulatives like counters or an abacus, but in all seriousness this just SLOWS her down. Since there's no need to slow her down, she doesn't really use them much these days.  Don't get me wrong, they should be used to explain concepts and for practice, but she's done quite a bit of that already. Additionally, I sometimes like to stop her to discuss how the division sum works as a multiplication question as well.  This is so she can see that there's a pattern thing happening, and that way she'll be able to connect the dots with multiplication and division.

In the reading department this week Hannah finished this book: 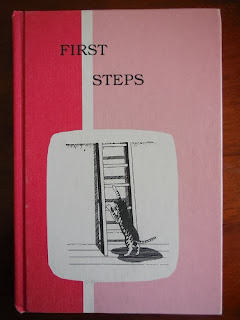 Then started this book: 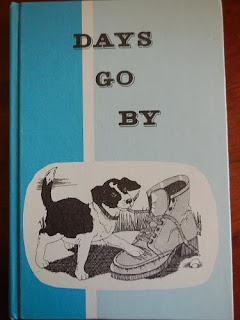 Phebe just can't wait for the holidays to arrive.