Did you know that if you go looking for a Blue Wren in a field guide you won't find it?  Yep, that was us this morning.  In the end we discovered that they are called:  'Fairy Wrens'. 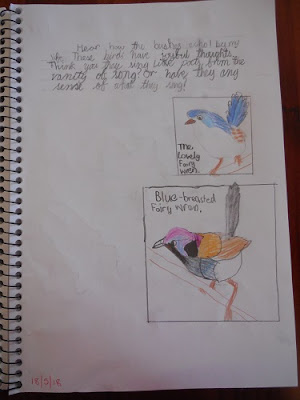 Here is our first official Australian Bird field guide.  I've been homeschooling for over 20 years and I'm only just getting to purchase a field guide now.  Ridiculous Johnny come late......, but better than never, I suppose.  We haven't had it long - nearly a week.  I will also be on the hunt for more field guides now. 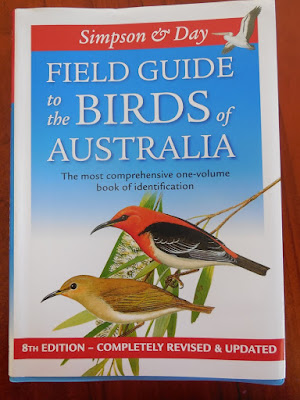 There are sooooo many illustrations. 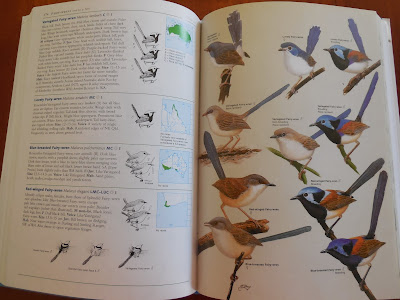 And for the longest time - I have had a book called the  'Atlas of Australian Birds' sitting on my shelves, but that's just it, it's just been sitting on the shelves doing absolutely nothing for like, forever.  I had picked it up at a second hand thingy for a bargain price yonks ago thinking that it "might" come handy one day.  However, now that we are getting deeper into Nature Study and Ambleside - I'm super glad I kept it now, it almost ended chopped up for it's pictures and thrown out because of its size.  It's amazing how a book we don't think much about can suddenly turn around and be an absolute gem!

This week I had her do her Geography on a map of old England - so that when she reads History of England she'd know exactly what and where the places they were talking about were. 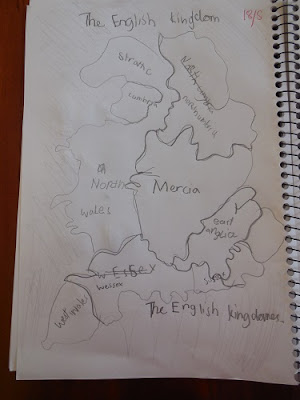 This morning she was reading about Olaf - and he ruled Mercia.  So by having this map available, it helped her to know where abouts in England that he ruled.  Makes it easier and more enjoyable with connections like that.