We did this little project one day.  Fun. 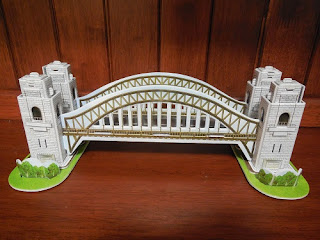 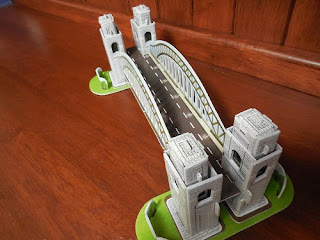 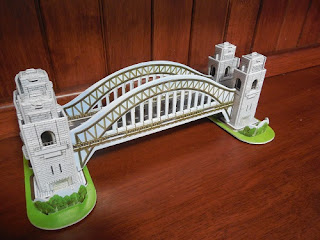 Posted by Deborah at 5:23 PM No comments:

Just jumping back in time to use my blog quota... I set myself a goal of 8 posts this month, but I was a little short, so I've come back to fill it out a little.

At any rate, today I made these super cute little pencil containers in about 10 minutes. 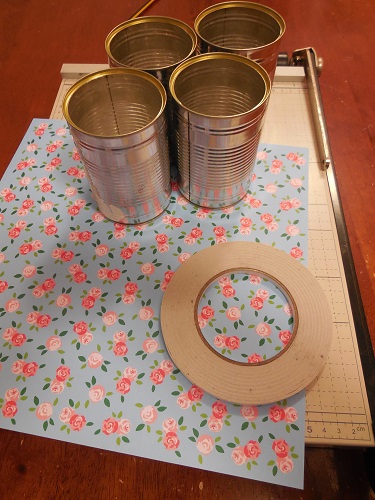 Cut your paper to a fraction under 4 and 1/4 inches.

Run the double sided tape along all the edges of your paper.

Adhere to the can. 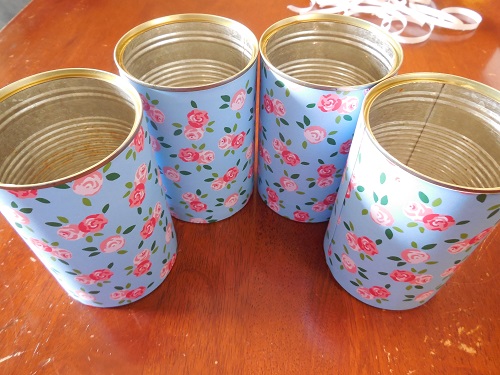 These are perfect for holding scissors, pencils, textas etc....

Let me know if you make some too.

Posted by Deborah at 1:58 PM No comments:

I've just stepped back in time to fill this months quota of blog posts with a brief book review of:

Which I read in late May and very early June. 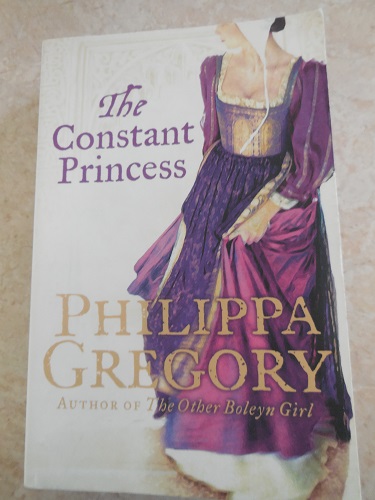 The book is part of a set.... so plenty of historical fiction to feast upon.... if Tudors history take your fancy. 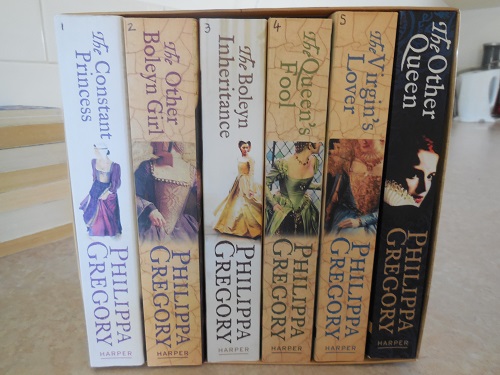 It's called the Tudor Court Collection if you want to go and find them. 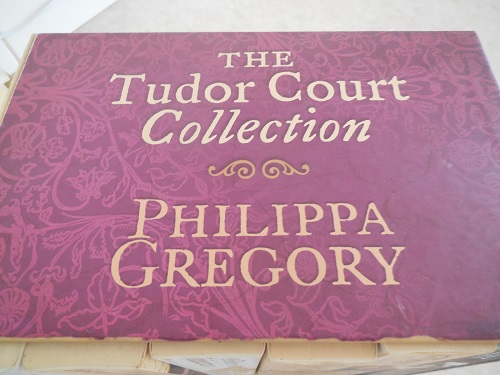 I actually really liked reading this book.  It kept me coming back again and again until it was finished.

Essentially it's the story of Katherine of Aragon who comes to England as a 15 year old to marry the 'next in line' to the throne, Prince Arthur.  Things are particularly short lived, as in only months, before he ups and dies in a tragic moment of the "sweats".

Before he dies though he gets Katherine to promise him to seek to have her place as the next Queen of England, which means she must marry his younger brother.  To ensure this happens she must always swear that Arthur was "unmanned" and that the wedding had never been consummated.  Everybody accepts that the wedding wasn't consumated, and so she is betrothed to Harry, but he's still a boy, so she'll be waiting a few years.

The plot thickens with the death of the Queen.  This brings on a proposal from the King himself that he might marry Katherine and thus she would be able to rise to the title of Queen, but she turns him down because it would not make her sons next in line.  Her only path is with Harry { Henry VIII } if she wants her offspring to succeed to the the throne.

As added interest we find that the King is royally ticked at having been spurned - so the next few years go by in poverty and isolation while her parents and the king continue to squabble over her dowry.  The Queen mother being particularly nasty towards Katherine the entire time.  Rumors that Harry is betrothed to another arise.

Finally, the king dies.  Harry comes to Katherine in a rush, enthusiastic and jubilant, ha ha, and not even overly saddened that his dad has just died because all he can think about is getting married to Katherine and........ the rest is History.  It's a royal happy ending - filled with infidelity within the first year, but nevertheless she becomes the Queen of England and remains in that office until they drag her into court 27 years later where she will be given her divorce.

And that my friends is where this book ends.... with her going in to court.

Not suitable for children under the age of 18.  While the book is not overly explicit, I thought that it handled it well in the minimized way that it did.  It's the fact that it mentions private moments in some capacity that makes it not appropriate.

Thanks for dropping in.

This week only 2 girls managed to complete their Art projects - drawing / painting of a winter city scene. 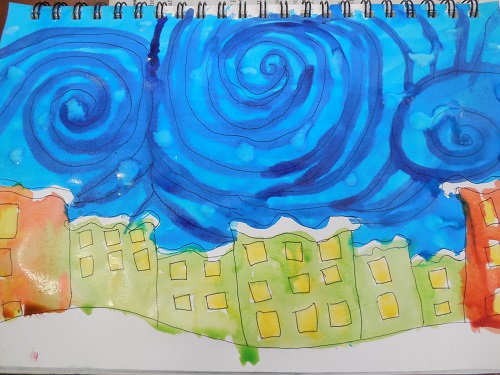 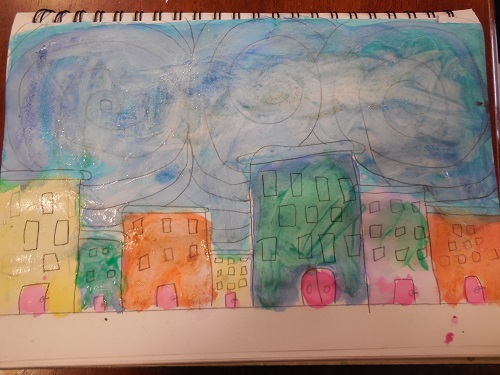 Posted by Deborah at 8:44 AM No comments:

Email ThisBlogThis!Share to TwitterShare to FacebookShare to Pinterest
Labels: Art

I was busy the other day downloading a couple of volumes written by Maria Edgewater.  As it turns out she wrote a 10 volume { and they are not small by any means } collection of Moral Fables and Novels.

The first volume ended up printing at 308 pages.

Here's the link to where you can find her works. 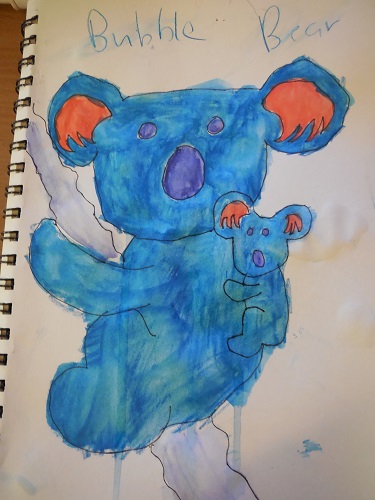 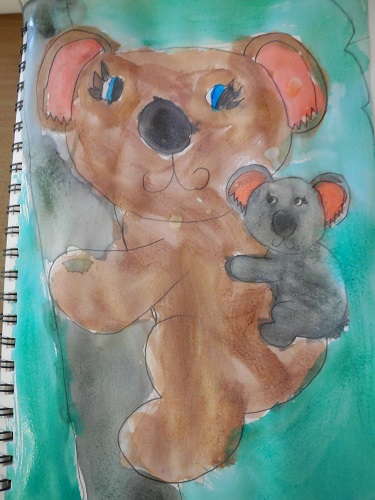 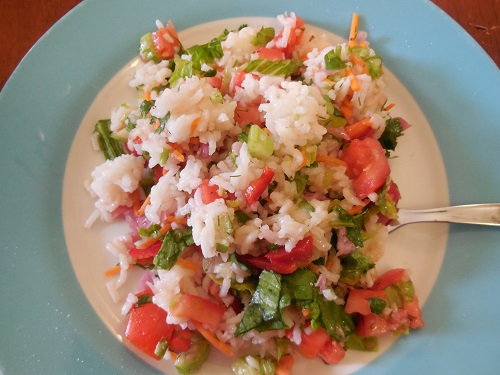 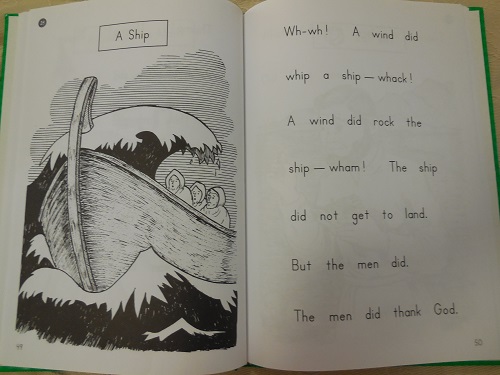 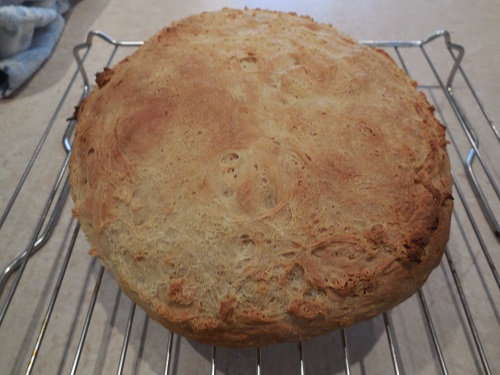 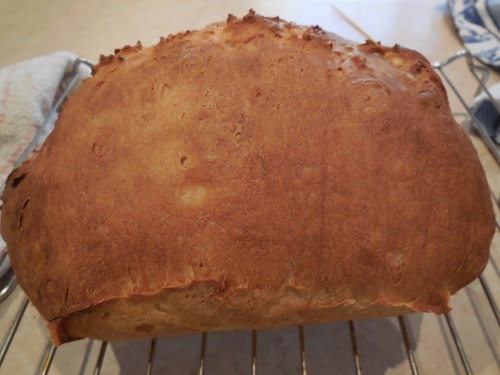 Posted by Deborah at 3:06 PM No comments:

I just wanted to drop in and document some of the girls writing
{ and some other bits and pieces }. 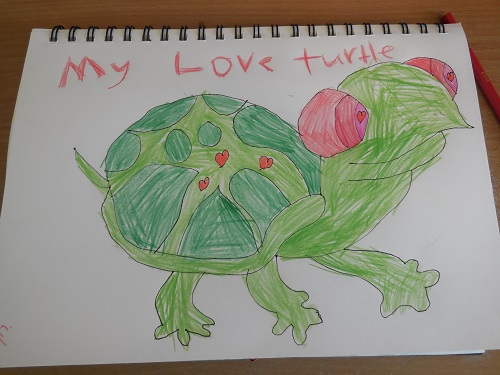 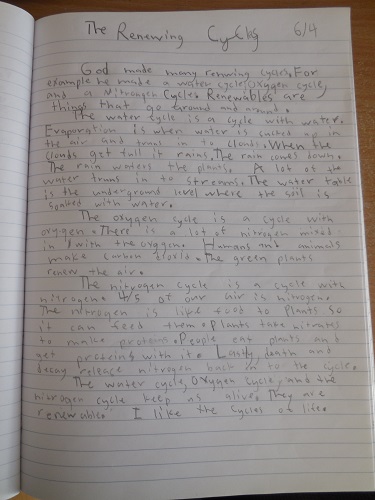 Charlotte is moving through her reading book nicely. 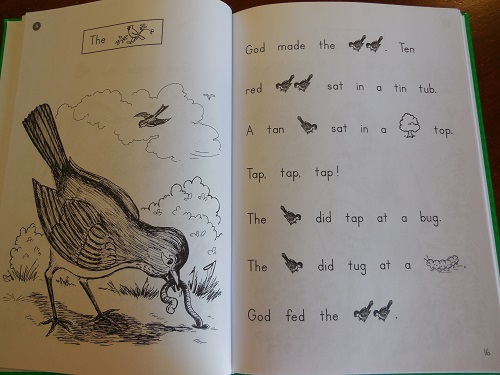 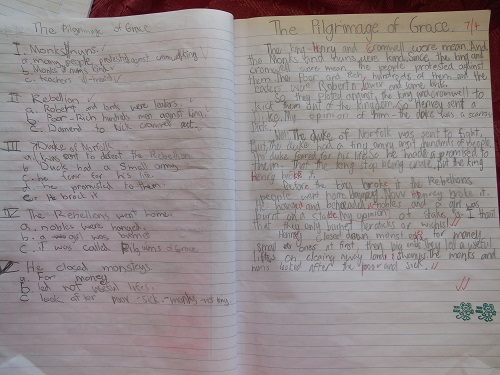 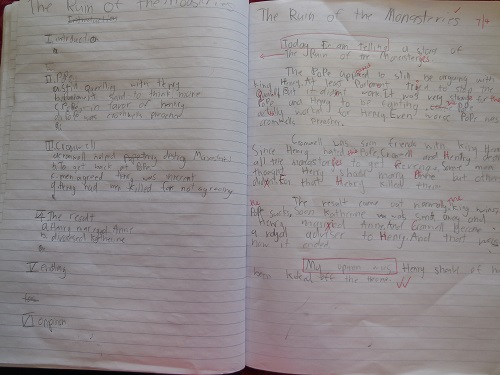 Yeah, so that's about what's happening in the writing department.  They're making the transition to including introductions and conclusions.

Next week we'll be having a Robinson Week.  We need a bit of a break from all the traditional hoop-la's without having to lose a "school" week.

Posted by Deborah at 2:36 PM No comments:

Email ThisBlogThis!Share to TwitterShare to FacebookShare to Pinterest
Labels: Writing

I started out with 2 kg's of chicken wings. 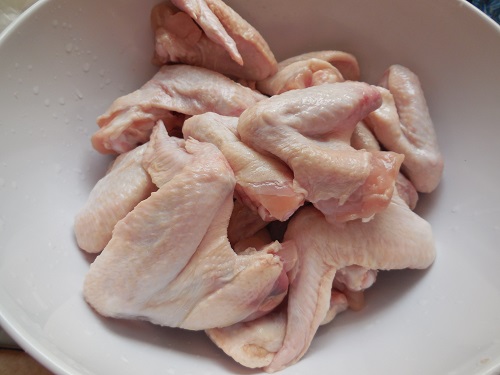 Then I chopped off the little wing part on each one so it was more of a wingette.  Then I coated them in plain flour. 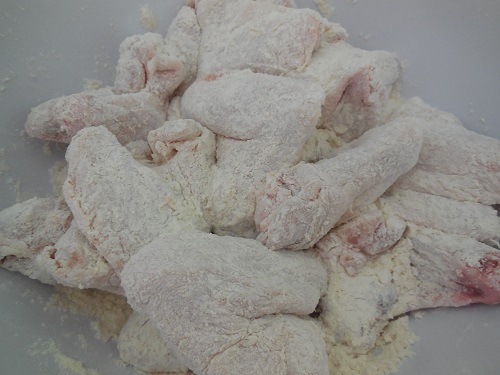 Then I dipped them in a buffalo sauce and bbq sauce.  I went 50/50 because I had to feed them to the children and I didn't want them to be too spicy.

Then I popped them into the oven for about an hour, until they looked really lovely and caramelized. 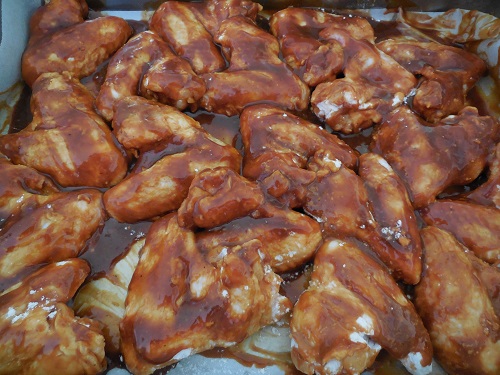 Then you'll have an awesome meal ready, set, go. 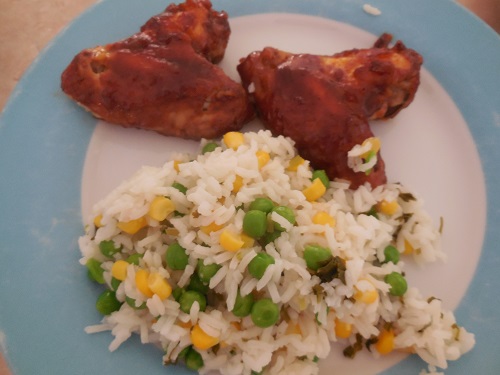 Posted by Deborah at 2:59 PM No comments:

I. Make a bibliography of your subject on cards and arrange by authors alphabetically, indicating source and secondary material.
A. Make as complete a list of available material as possible before taking any notes.
B. Copy this later with annotations, leaving a line between each reference, and hand in with paper.
II. In taking notes keep in mind what you will use.
A. Follow directions for note-book work.
B. Put notes at the end of the paper.
III. Before writing, look over a copy of the “American Historical Review” for form.
IV. Make an outline of what you are to write, leaving a line between each large topic. Hand this in with completed paper.
V. In writing, try to know your subject so that you will be able to express yourself with ease.
VI. Be careful for margins and paragraphs. Write on one side of the sheet only.
VII. Leave the last four lines on each page for footnotes.
Note.—In writing footnotes, skip one line and use the last three. Make the references as definite as in note-book work. Number your footnotes from “1” on each new page.
VIII. Use ruled paper and fasten all your work together with a brass fastener.
Posted by Deborah at 4:40 PM No comments: