Wow, what a week~!!  Miss 3 got totally into the school thing this week.  She's been busy watching her older sisters do their school work.  So now when I give her worksheets she thinks she's all grown up, just like them.  Hanna loves inclusion.  Doing big school makes her feel like she's one of the team.

We started off with this worksheet. 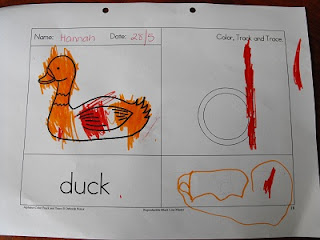 Then we did a cut and paste of some pictures that start with / d /. 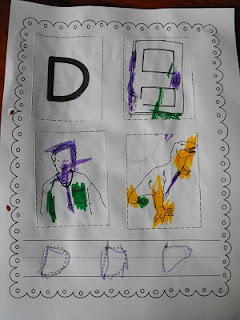 She even had a go at writing the letters~!! 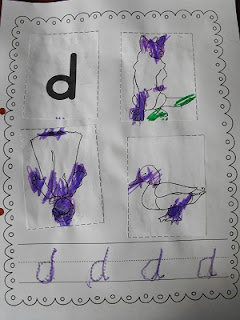 I pulled out some alphabet cards and we played a couple of games with them.  In this game she just had to match them up to the same letters. 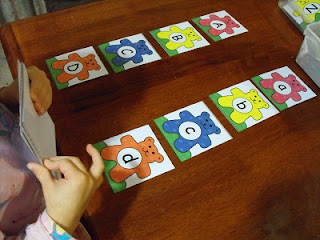 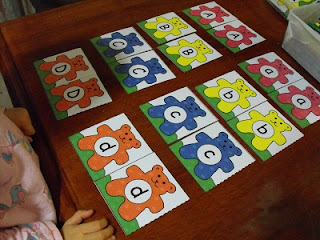 I also pulled out some old number cards and we played with those as well. 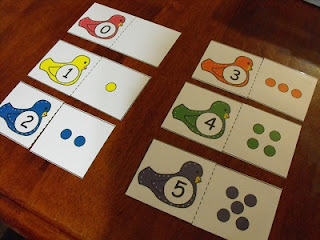 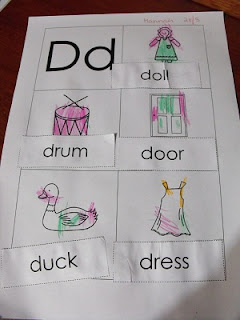 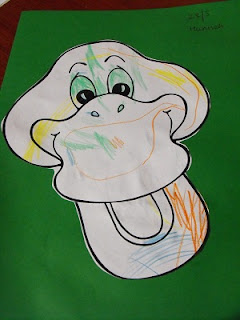 I was very surprised at her ability to trace the letter / d /, but she did, and it came out really good. 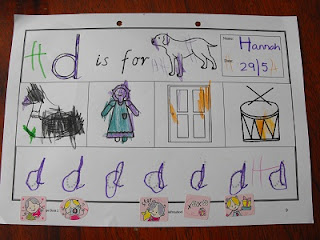 I also think her coloring skills are improving too. 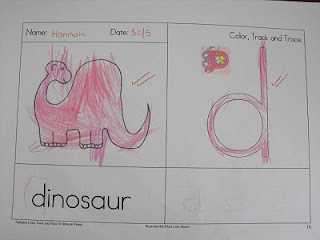 And how could we get through the week without a story?  Just for the letter / d /? 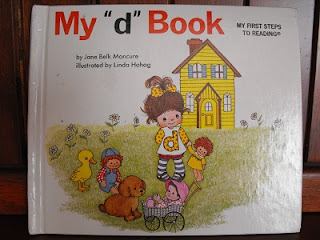 I hope you can join us over at the Preschool Corner this week.